After being gifted a collection of over 200 paintings and pastels, Play Inc. Arts is the largest owner of original art work by Swedish American artist, Elof Wedin.

Born in Harnosand, Sweden in 1901, Elof immigrated to the United States at age 18 and settled in Minneapolis. Compassionate about art, he enrolled in night classes at the Minneapolis Institute of Arts to perfect his skills while working during the day. Several years later, he studied under George Oberteuffer, a prominent teacher at the Art Institute of Chicago during that time period.

Wedin's art career went from classic landscapes and portraiture in the early 20's and 30's to abstract expressionism in the late 50's until his death in 1983.  Elof became known as one of the four great "Minnesota Modern" painters along side Dewey Albinson, Clement Haupers and Cameron Booth. These four artists from Minnesota made a lasting impression on modern art in the mid-century. Their history can be found in the book, "Minnesota Modern: Four Artists of the Twentieth Century", which can be purchased in our gallery.

To learn more about Elof's life and career in art, check it out  here. 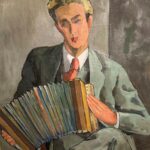 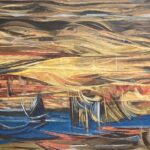 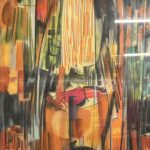 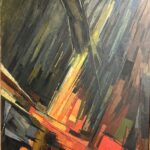 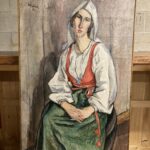 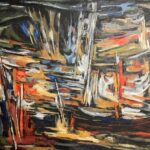